In 2018 I wanted to read more books, but more importantly I wanted to put more time aside for reading. I managed to get through sixteen titles (three more than

In 2018 I wanted to read more books, but more importantly I wanted to put more time aside for reading. I managed to get through sixteen titles (three more than last year!), and coupled with the sixty plus comics I read I think I did a pretty good job. 2018 saw a continuation of prioritising women writers (especially in sci-fi) and I continue to have no regrets. This year's reading did however include two of the worst novels I've ever had the displeasure of reading (more on those later), and both shared the theme of men trying (and failing) to write female characters.

Speaking of terrible writing, I pushed myself to edit some old stories I've had sitting on my desktop for several years now. I managed to post up the first six chapters of my House of Discordia novel, and the first novella in my Deus Ex series. Hopefully I can motivate myself to edit the rest this year.

Most anticipated read: Record of a Spaceborn Few by Becky Chambers

I was looking forward to reading the third in the Wayfarers series since finishing A Closed and Common Orbit earlier in the year. Both novels are radically different from each other but have been the highlight of my reading in 2018. Chambers managers to create intense character studies you don't want to put down. I enjoyed both books immensely, but especially Spaceborn and not just because it focused on space-archives and managed to work in both death and sex-work positivity. Chambers' books are character studies, Spaceborn shows that more than the other two and if you want to settle in and learn about people and their motivations then this is the book for you.

Most interesting read: How to Invent Everything: A Survival Guide for the Stranded Time Traveler by Ryan North & The Secret History of Wonder Woman by Jill Lepore

I'm cheating here a bit but I learnt so much from both of these books. Ryan North's Time Machine repair guide is exactly what you'd expect from him, hilarious and informative. There were many times I sat back and thought 'wow, re-creating technology is hard.' I did have a few problems with the specific use of 'civilisation' in the text and kept replacing it with 'white, colonial society' but as a scientific text it was very interesting.

I started reading The Secret History of Wonder Woman by Jill Lepore after watching Professor Marston and the Wonder Women (several times). I had known a little about William Moulton Marston and his creation of the Wonder Woman comics but this biography expanded that knowledge tenfold. A lot of this book was historical context, each chapter of his life needed several chapters of history to explain the world he lived in, what was happening, and who the key players were. I think I enjoyed this part more as the 1920s/30s were an interesting time. It's a hefty book and it helps if your interests lie in women's suffrage, comics, polyamory, psychology, and feminism.

Unexpected gem: Many Love: A Memoir of Polyamory and Finding Love(s) by Sophie Lucido Johnson

I can't remember how I found Sophie Lucido Johnson's book but I was excited to read an illustrated memoir/polyamorous guide. In it I found a wonderful primer to polyamory highlighted by Johnson's own personal story through her relationships and self discovery. It was more grounded than most books I've read on the subject and surprisingly taught me a lot, especially around our perceptions of friendships and how those relationships can be helped or hindered depending on our beliefs around relationships (mono vs polyam).

On the author's suggestion I also read Deborah Anapol's key text on polyamory and while I picked up a few learnings from it, it didn't really hook me like Dossie Easton and Janet Hardy's book did (plus its aged quite a bit since 2010 especially around queer and transgender issues). That said, I think Johnson demonstrates a lot of what I enjoyed about Anapol's text in her own book in a much more practical and easy way. 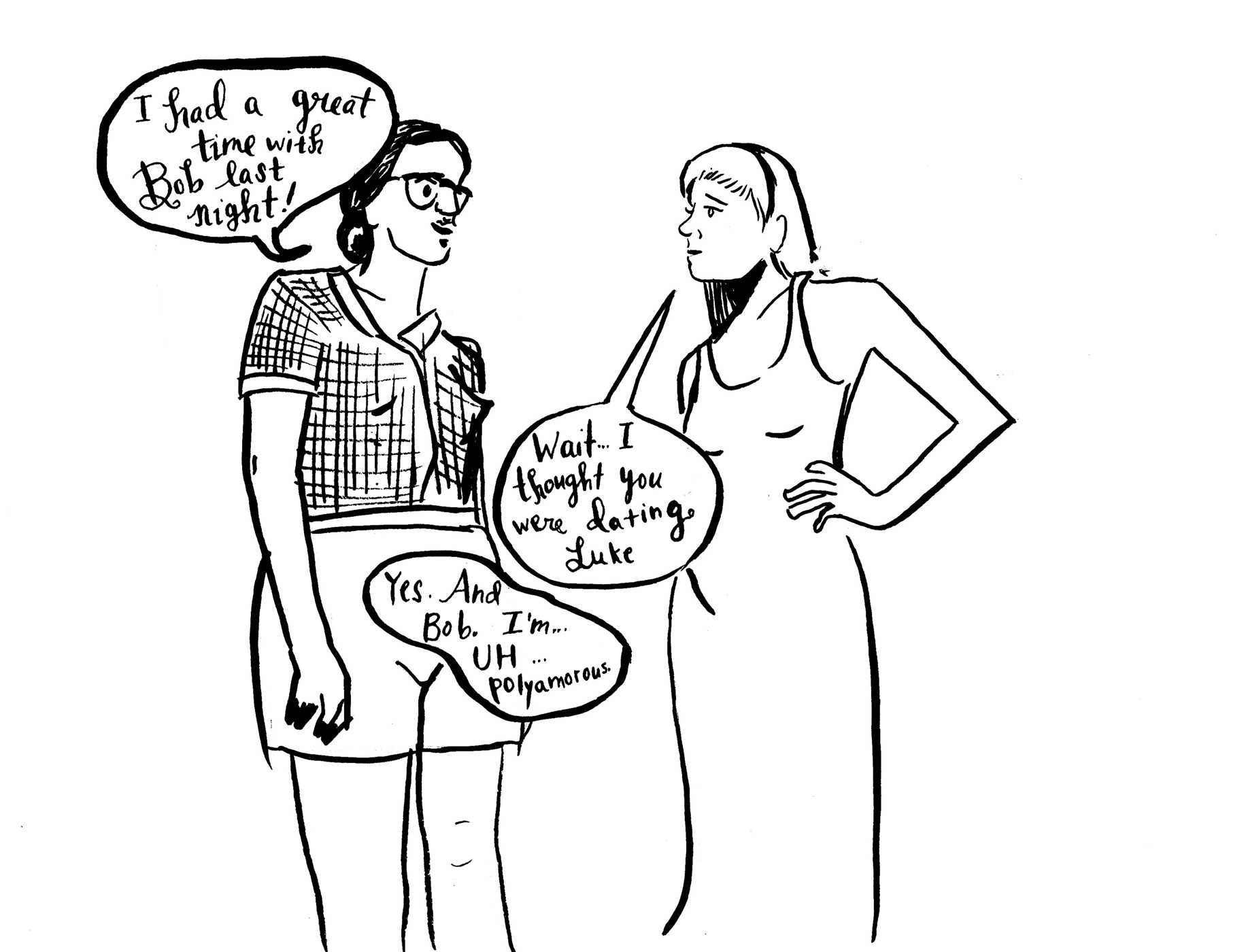 I don't hate-read many books but this year I did. Twice! I was looking forward to Andy Weir's followup book Artemis but less than a chapter in and I regretted everything. How this book managed to get past his editors is beyond me. The whole thing read like a (white) man writing how he believes women think, act, and speak without having ever actually met, spoke to, or listened to any. And that's before the blatant racist stereotypes.

My second hate-read of the year was Codename Villanelle by Luke Jennings. I eagerly picked this up after having consumed the TV adaption Killing Eve and just wanting more of these amazing characters. Again I was bitterly disappointed. How Phoebe Waller-Bridge managed to create such an amazing television show from the original text is beyond me, but she did and the world is better for it. If you've watched Killing Eve and want more, instead of reading Jenning's terrible text go watch her other shows Crashing, or Fleabag, you'll enjoy it more.

In 2017 I quoted a piece about how drinking terrible coffee is like drinking all the best coffee you've ever had and while I certainly thought about that while reading these books it's not something I wish to repeat. Here's hoping that 2019 brings a better selection.