A Year In Read-view (Comics)

This year I dropped a lot of titles, specifically the big publishers, and focused more on indie titles and manga (more of the same really [https://shaddowland.net/2017/01/

This year I dropped a lot of titles, specifically the big publishers, and focused more on indie titles and manga (more of the same really). Since I started working in a library system that had a extremely good manga collection I decided it was a good chance to get back into it. So far I've been pleasantly surprised and have been enjoying manga again.

I also found out this year that these lists are great for fellow librarians who are looking to add new titles to their collection. Most of the single issues should be in paperback volumes by now which are perfect for libraries.

Note that some of the graphic novels/collected volumes and manga are old and I've only just got around to reading them.

Looking back at last year, not much has changed on this list. I've culled it back to the main titles, and a few possibly won't be making the cut next year. Hopefully some good titles will pop up next year and I can expand this list. Note: bold indicates series has ceased.

As a Stargate fanatic I love everything to do with this world, and when I found out a few months ago that they were continuing the SG:U series via comics I was ecstatic. I've only read two issues so far and they're a bit eh, but I'll stick with it to get my Stargate fix.

I love She-Hulk, and I was interested in the 2017 run where due to Bruce Banner dying they dropped the 'She-' and Jennifer Walters just became 'HULK'. While most of the other She-Hulk titles are about Jen embracing the Hulk in her, this run looks at issues of PTSD and Jen trying to keep the Hulk at bay. It's a different look at the Jen/Hulk dynamic. She now uses youtube cooking shows to keep herself calm rather than constantly being green and huge. I'll be continuing with this series I think.

Well, it's not so much unexpected but I forget how much I love this series every-time I go back to it. I hadn't purchased comics for a few months and then got to binge read this series and couldn't wait for the next issue. The writing and artwork are excellent and I already miss those three crazy and loveable ladies.

This list has a lot more Star Wars in it than ever before. I blame Campaign Podcast and Never Tell Me the Pods (also see the book list). I found the new Doctor Aphra series and went back and read Vader (wasn't a fan but enjoyed the Aphra parts immensely), I got a much better appreciation after listening to this episode of NTMTP.

Sadly I finished reading two series this year, The MAXX: Maxximized, and Ranma 1/2. These were re-releases of teenage favourites that I finally got to read in their entirety (and now have nice complete volumes on my shelves). I enjoyed the nostalgia hit that these brought and the closure I got from finally finishing both series.

Terry Moore is one of those creators whom I just can't get enough of. I have the complete Strangers in Paradise omnibus on my shelves and adored every part of it. Rachel Rising is a mixture of genres that benefits from Moore's distinct art style. Similarities to SIP bring you to it, but the huge twist and mystery hooks you in. The entire collection is available quite cheaply now and I recommend it.

I picked this up from the new book display at work and ended up reading a quater of it standing there. The thickness of the volume is off-putting at first, however you quickly come to realise most of this story is wordless. The fact it was based on a true story rang bells of Pfc. Bowe Bergdahl's story, and added a weight to the art and dialog. I absorbed this story in a day or two and was thoroughly changed by it.

Volume one of Sunstone had been sitting on my to-read list for a while before I picked it up, but once I did I needed to read all five volumes. I'll be upfront, this is a book all about BDSM (it is very NSFW), queer issues, and a hint of polyamory. The growing relationship between Ally and Lisa is where the magic is though, what a pair of loveable dorks. Although at one point I was just yelling 'TALK TO EACH OTHER!' quite loudly in my head. Ugh. Anyway... I loved everything about this series and can't wait for the next one, Mercy. If you like Sunstone and enjoy video games then I highly recommend picking up Ladykiller in a Bind (NSFW link!), oh and get a copy of Yes, Roya too, easily one of my favourite comics (I re-read it twice this year!). Enjoy ;)

I've been quite selective with my manga choices this year, mostly continuing series that I started and enjoyed last year, like Love at Fourteen, Yotsuba&!, and The Shinji Ikari Raising Project. I did however manage to find some real gems this year.

After reading volume one from the library the previous year I went out and bought a copy of volume one and two. I throughly enjoyed this series, with volume two focusing more on one character's journey to join a long-haul mission to the outer reaches of our solar system. The questions about what makes us human, space travel, and the general malaise of life are the background to this series, with mini story arcs and humour throughout. Highly recommended.

Most interesting read: What is Obscenity? The Story of a Good for Nothing Artist and her Pussy / Rokudenashiko

The wonderful Katreeeena gifted me this book and I read it in one hit flying between Canberra and Melbourne. I had read about Rokudenashiko's story years ago and was always interested in hearing more. This autobiography of her struggle to talk about manko in Japan is equal parts interesting and frustrating. The surprising thing I learnt was how terrible and corrupt the Japanese justice system is, and how Japanese culture allows it to persist. Keep fighting for manko freedom!

This year had given me two wonderful and amazing manga that I adore. First is Sweetness and Lightning a heartwarming story about a father and his young daughter's journey into cooking. After the passing of his wife, teacher Kōhei realises he's only been giving his daughter, Tsumugi, ready-made meals since he can't cook. Enter student Kotori, who's mother has recently found fame as a TV chef and has all but abandoned her due to a very hectic schedule. The three come together to teach each other about food, cooking, and family. The best part is that each chapter has a recipe in it! I've cooked several dishes from this series and all have turned out amazing.

Kase-san and... is a yuri series about garden loving Yui Yamada who falls in love with the athletic Tomoka Kase. The adorableness of their blossoming romance is too much. There are two more volumes out that I need to source, a sequel series set in university, and there may be an anime adaption out soon! 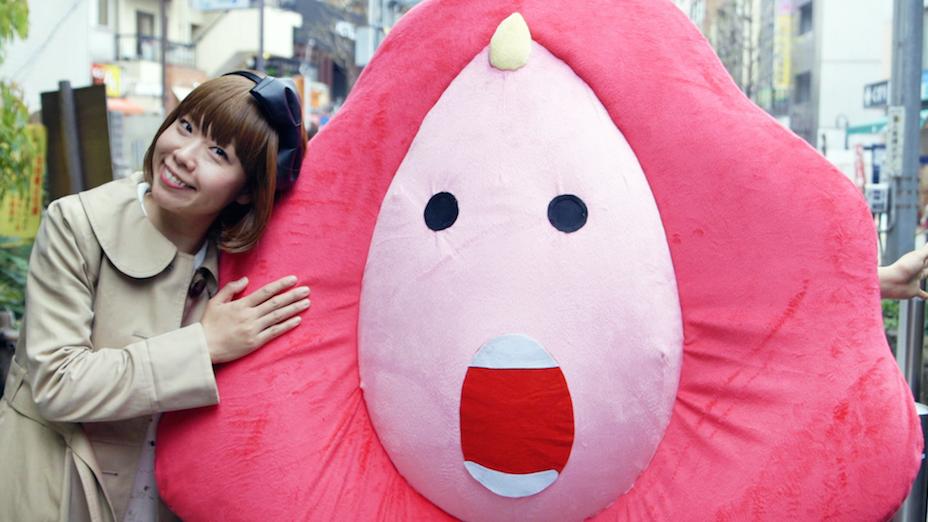 A Year In Read-view (Books)