A Year In Read-view (Books)

This year I wanted to make a conscious effort to read more non-fiction and I was pretty happy with my effort. I started the year with Mara Wilson's autobiography/essays

This year I wanted to make a conscious effort to read more non-fiction and I was pretty happy with my effort. I started the year with Mara Wilson's autobiography/essays and finished it with Lindsey Fitzharris' biography of Joseph Lister. Of course I balanced this out with a strong handful of Star Wars, dipping my toes into the wonder (horror) of the EU and the new cannon. I blame Never Tell Me The Pods for my Star War obsession, which is something I'm actually enjoying.

I also continued my quest to read more women in sci-fi and loved Claudia Gray's Bloodline. I read Ann Leckie's Ancillary Justice after a recommendation from Justine and while it was full of things I love (AI, space opera, feminist ideals) I didn't enjoy it as much as I had hoped. Maybe I'll go back and finish off the series but it's not a high priority.

Most anticipated read: The Butchering Art by Lindsey Fitzharris

I had been introduced to Lindsey Fitzharris via mortician extraordinaire Caitlin Doughty's videos (whom also has a couple of great books out). I enjoyed Lindsey's own Youtube series 'Under the Knife' as well and wanted to know more about early surgical practices. This book does not disappoint. Although reading about cutting people's legs off (and getting a testicle, your assistant's fingers, and slashing the coat of an observer) while eating your lunch might not be the best thing to do. Overall The Butchering Art is a well written biography that had me hooked from the beginning.

For the GLAMers out there, I also did some of my own research on Trove and found how Australia reported the cases presented in the book.

Then I found how Australian newspapers reported Dr Liston’s experiments with Æther! https://t.co/asUC1BQarV The Butchering Art is great btw!

I'll leave you with the trailer for the book, which will either have you grabbing your own copy or regretting that big lunch you just had...

I forget now how I was introduced to Octavia E. Butler and her Xenogenesis series but I'm glad it happened. This is one of the best and weirdest series I've ever read, yet it is also the most human. Chronicling the 'saving' of humanity by visiting aliens, the Oankali, who find new species to interbreed with, create a new species, then go off to start the process all over again. It just happens that humanity all but destroyed themselves in a global war and the Oankali have saved the survivors in cryosleep, only to awake them 250 years later and start the sharing of genetic material. Lilith's Brood is actually three books (Dawn, Adulthood Rites, and Imago), each dealing with different parts of this process.

There are some heavy themes presented in this trilogy. Sexuality, slavery, colonisation, gender, race, genetics, and xenophobia are all major themes of this series, often times they are subtle but more often they are quite confronting. The over arching theme I took away from it was what it means to be human. While the first book was excellent, I did find the last two a bit of a slog as the allegories become speeches and Butler dives deep into how destructive humanity ultimately is. I am very glad I read these books, they are wonderful and confronting works that I would recommend. My only suggestion is maybe have a break between books, let your mind reflect and recover rather than immersing yourself into it fully. 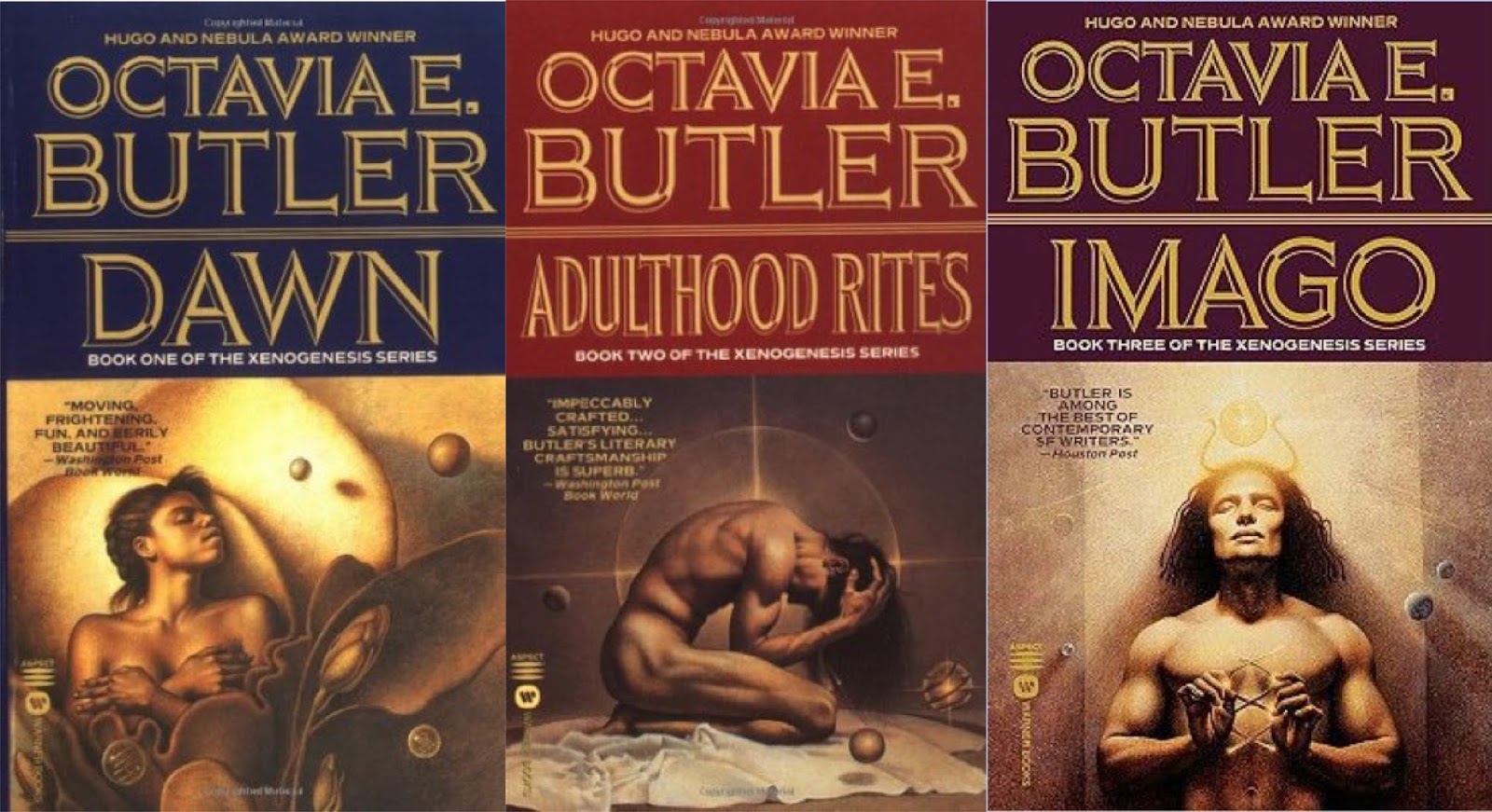 Bloodline was the first Star Wars book I ever read. Ever. As mentioned above, I was encouraged by the podcast Never Tell Me the Pods to dip my toe into the Star Wars universe. Bloodline had come into my library and it looked good, plus it was written by a woman so I figured why not. I was not disappointed. The new canon has done a remarkable job of diversifying the overwhelmingly straight, white, male universe that is Star Wars. This is the story that sets up Doctor/Princess/Senator/General Leia Organa as the leader of the new resistance for The Force Awakens. If you're like me and have never read a Star Wars novel, I would highly recommend this one to start with. It has a strong story, political intrigue, action, and a wonderfully diverse cast. Of course it started me down a path of garbage EU novels (hellooo Mitth'raw'nuruodo) so maybe it's not that good... :p

My pile of shame is actually quite respectable this year (if you don't count the EU books). The only one I wish I had time to read was A Closed and Common Orbit by Becky Chambers. I'll be sure to put it at the top of my reading list though. 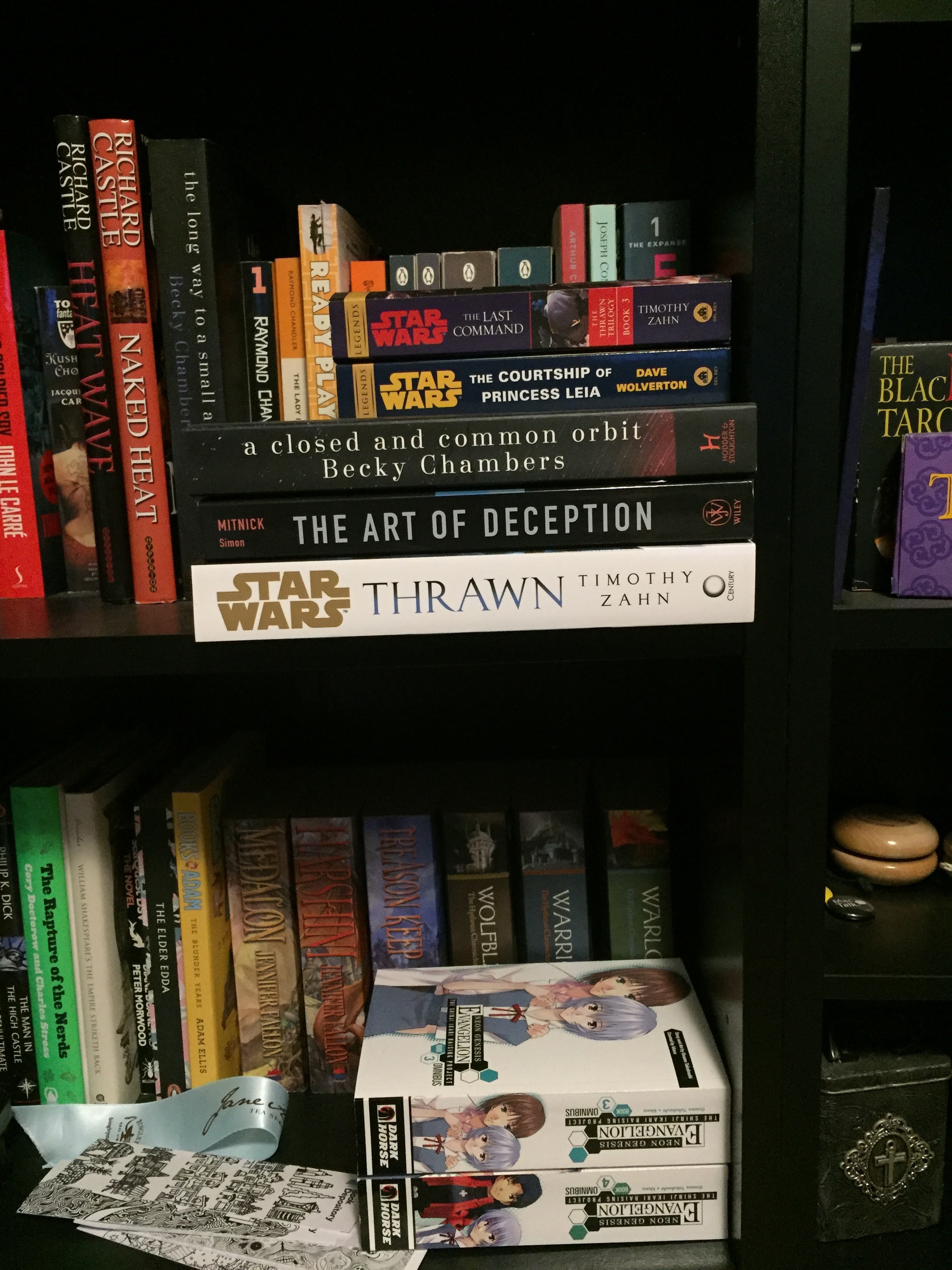 All Right Stop, Collaborate and Listen

A Year In Read-view (Comics)