Discfriends. A small group of friends recently decided to create an album club to share and discuss new music (thanks Moriarty!). It’s been active for the past four weeks 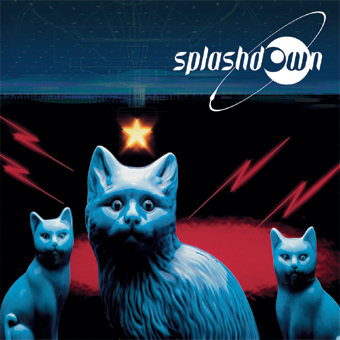 Discfriends. A small group of friends recently decided to create an album club to share and discuss new music (thanks Moriarty!). It’s been active for the past four weeks and so far has been a great success, I’ve listened to bands I’ve never heard of and found some I’ll be following up. Interestingly I’m also using Discfriends to encourage my writing again, each album I review, an enjoyable weekly writing goal.

Last week’s album was Blueshift by Splashdown, a band I had never heard of but quickly learnt to enjoy. Sadly the album was never officially released but the band has made it available for download. I try to do interesting reviews for the group and because it serves two purposes here is my Blueshift review for your enjoyment:

“It took me a while to realise exactly what Splashdown reminded me of and while researching them on Wikipedia it came to me. Splashdown is the band you hear playing in the nightclub of your favourite late nineties television series (Charmed and Angel both had songs from them). INT: Nightclub a hip and funky slap bass riff begins to play and we zoom in on the lead singer. A typical nineties female lead, black stockings, lace up boots and an oversized jumper, her voice rings a blend of jazz and rock over a melody of electronica and piano. Our heroes sit off camera enjoying the sounds of their generation, enjoying a well earned break from their adventures.

Blueshift had me from the first track and really hooked me with the slap bass intro from Mayan Pilot. All things and A Charming Spell are great songs that I think I’ll be listening too independently from the album. What I really enjoyed was the mostly jazz number Dig, halfway through the album. My first listen was on my morning commute and I thought my phone had skipped to another album. The diversity of sound from this one album is well worth listening for. Four onion blossom things out of five.”